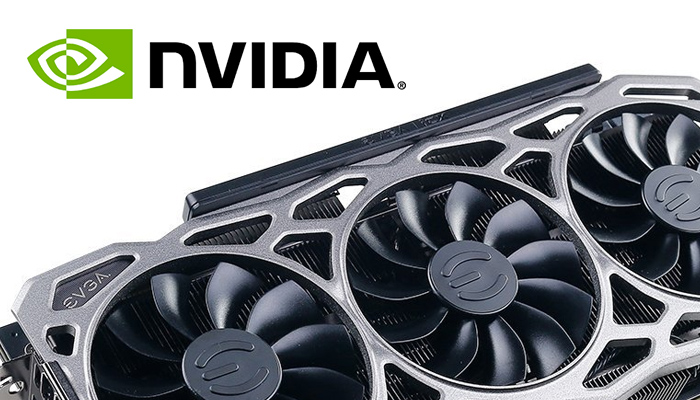 The front panel of the card features a variety of outputs. There are three Display Port 1.4 outputs, an HDMI 2.0b output, and a DVI-D Dual-Link output. The GTX 1080 Ti is not just about high-resolution gaming. Computationally intensive programs can utilize the GPU’s 3584 cores to accelerate tasks using CUDA or other APis. This GPU has an adjustable white LED that can be controlled in EVGA Precision X OC.

EVGA implemented iCX technology, which is more than just a cooler. It features 9 thermal sensors and multiple MCUs. It also allows for asynchronous fan control. The left fan can be determined by the GPU temperature while the right fan can be determined by power/memory temperature. You also have full control in EVGA Precision XOC. EVGA also installed a fuse that adds another layer of protection to your card and system. The dual double ball-bearing fans and the optimized airflow fin design provide the airflow your GPU needs in order to stay cool.

VRWorks Graphics includes a simultaneous multi-projection capability that renders natively to the unique dimensions of VR displays instead of traditional 2D monitors. It also renders geometry for the left and right eyes simultaneously in a single pass.

VRWorks Audio uses the NVIDIA OptiX ray-tracing engine to trace the path of sounds across an environment in real-time, fully reflecting the size, shape, and material of the virtual world. VR detects when a hand controller interacts with a virtual object, and enables the game engine to provide a physically accurate visual and haptic response. It also models the physical behavior of the virtual world around the user so that all interactions– whether an explosion or a hand splashing through water-behave as if in the real world.

With Ansel, garners can compose the gameplay shots they want, pointing the camera in any direction and from any vantage point within a gaming world. They can capture screenshots at up to 32 times the screen resolution, and then zoom in where they choose without losing fidelity. With photo-filters, they can add effects in real-time before taking the shot. And they can capture 360-degree stereo photospheres for viewing in a VR headset or Google Cardboard.

With a compatible motherboard and a connecting bracket, two or more NVIDIA GPUs of the same model can combine processing power using NVIDIA’s Scalable Link Interface (SLI). How the cards work together can be customized to suit your preferences. Alternate frame rendering has each alternating card prepare the next frame, essentially multiplying the capabilities of a single card’s maximum capable frame rate output. Each card in the configuration can also be used to improve anti-aliasing by being able to process an image in parallel with the other cards before filtering out jagged edges. NVIDIA’s SLI HB bridge doubles the available transfer bandwidth compared to the NVIDIA Maxwell architecture. Delivering smooth gameplay, it’s an effective way to enjoy surround gaming and it’s only compatible with the GeForce GTX 1070, 1080, 1080 Ti, and TITAN X graphics cards.

When used with a monitor that has G-SYNC hardware installed, the monitor’s refresh rate will sync and lock with the graphics card’s output frame rate. Establishing this sync removes tearing and stuttering which can result from conventional fixed screen refresh rates, especially important for gaming in stereoscopic 3D. An additional benefit of G-SYNC is reduced lag so garners will benefit from the improved command response time as well.

Overview of the product features

Should you buy it?

Yes, it is worth it and you should get this product. It provides major improvements in performance, memory bandwidth, and power efficiency. It introduces innovative graphics features and technologies that redefine the computer as the platform for playing AAA games and taking full advantage of virtual reality via NVIDIA VRWorks.

Overall the EVGA GeForce GTX 1080 Ti SC with iCX outperformed others at every opportunity and did so while running a bout 12C cooler too, which is quite a feat. You will get a performance delta of a bout 5 percent faster before overclocking, and with overclocking you will be able to squeeze out a bit more. Either way, you will be more than impressed by the ability of the GeForce GTX 1080 Ti SC with iCX to handle any 4K benchmark with all the graphics options set as high as they can go at more than 60 FPS.