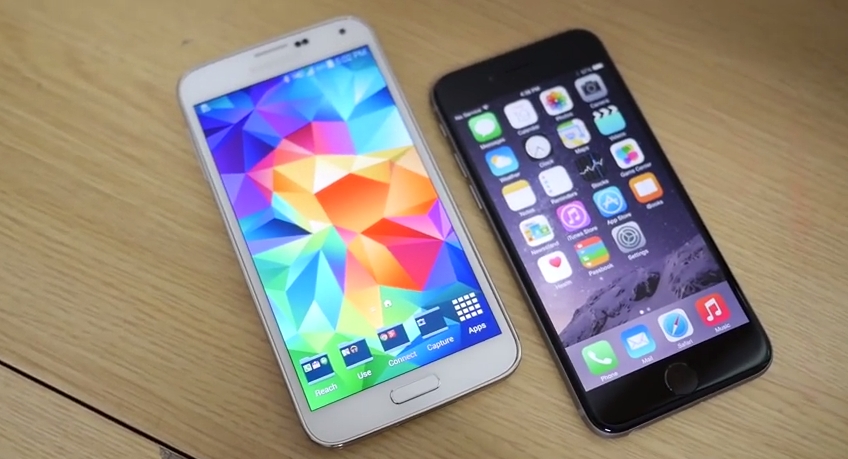 In the world of mobile devices, choosing the right phone can become a serious challenge. Their are many factors that come with choosing a phone. Many people choose a mobile device for the popularity and recognition that it brings. Some purchase a mobile phone because it defines there taste in style and makes them look fashionable. Others will choose a phone based on the its computing capabilities which makes working away from your computer or around the world much easier.

What ever your reason for choosing a mobile device, you know how important it is to you and what you do with it in your daily life. The two giants in the mobile phone world are Samsung and Apple. Both offer the Galaxy S5 and the iPhone 6 respectively. Apple just recently released their latest version of their iPhone and is making major noise in the mobile phone industry. Apple is touted as being the most unique and innovative phone on the market. With a new bigger and better model released every year, people line up in droves to get the new device.

Apple has a reputation for being stylish, simple and clean. Because Apple products look “sexy” and always have made a fashion statement for both men and women for many years, it doesn’t matter how old the technology Apple provides its consumers with, because they know people will buy it regardless. Samsung’s Galaxy S5 is a device has been on the market for a while now but still has technology and settings that rival the new and current iPhone 6 model. The question is by how much? The video below by Andriod Authority will discuss the differences between the two devices.

If you prefer Samsung’s latest galaxy tablet device or Apple’s iPad and want to by-pass expensive mobile phones all together, than that is also a viable option for you to choose. Which mobile phone do you prefer? Apple iPhone 6 or the Samsung Galaxy S5? Sound off below!

How To Find Your Lost or Missing Apple AirPods

How To Restore Contacts On A iPhone Using Google Gmail