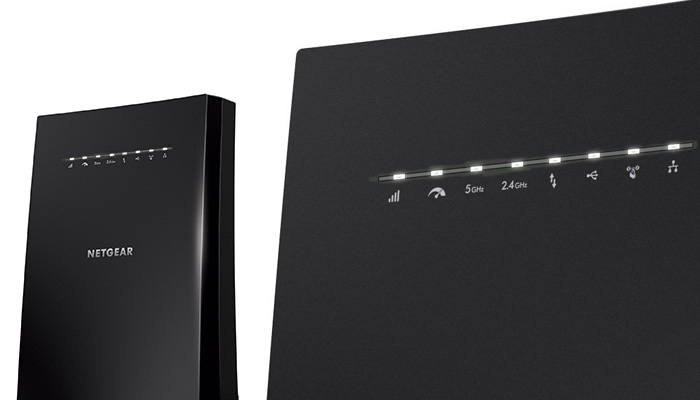 The Netgear Nighthawk X6S tri-band router offers incredibly high speeds and is capable of handling demanding loads. If high latency, connection speed and technical skills are your main problem, this is the router to get. Netgear’s Nighthawk X6S Tri-Band Range Extender offers a solution. Netgear is selling the tri band as an extension for existing routers. NetGear also offers the same ultra high bandwidth of Netgear X6S, as well as other powerful routers. But it also behaves as a range extender that consumers will be happy with. Without sacrificing speed, you can extend the range to cover one specific dead zone in your home. Purchasing this extender with high tier router can be expensive than a simple WiFi system, or it might be cheaper if you already have a router that you are satisfied with at home but a  distinguishing feature of this range extender is Netgear’s patented FastLane3 technology.

FastLane3 is a smart marketing term that Netgear developed to describe three important Netgear components of the Nighthawk X6s those being tri-band Wi-Fi, a dedicated Wi-Fi link from the extender unit to your router and an optimized antenna design inside the range of the extender. That is the secret sauce to extwnding fast wireless coverage in your home or office without compromising bandwidth.

The NETGEAR Nighthawk X6S range extender is designed using the technology developed by Netgear for its popular Orbi WiFi system. It is taggerd as a tri-band router, but for clients it’s tagged as a two-band model. A band is reserved as a dedicated backhaul channel, leaving two bands of consumer facing connectivity. It offers bandwidth up to 3 Gbps and supports an important technology such as Mu-MIMO and a form of beam shaping. It can work as a range extender as well as an access point, making it compatible with just about any router on the market.

It is designed as a table extender that can be placed on a desk, table or shelf. It is rather monolithic and also looks like a large slab that is standing tall. The front is quite plain except for a Netgear logo and a series of LED status lights. These status lights indicate activities of the WiFi system as a whole, power, Ethernet connectivity, and as well as separate indicators for each WiFi channel.

At the back, there are five separate Ethernet ports. Four of them are outlets that allow you to connect your wired devices to the Internet. One of them acts as a LAN port. This LAN port is used to make the extender work as an access point. This means that you connect it to a hard wired network and producing an entirely new wireless network. This is useful in commercial settings where you want to create a customer facing wireless network that is easily accessible. Client facing networks can have their own names and rules, preventing guest from accessing parts of your network that would otherwise be considered unavailable.

A single Nighthawk X6S router has enough range to comfortably cover a 2500 square foot home. This extender has similar technology and can cover the same range. However, if you use two, you will not get a coverage of 5000 square feet.

The reason behind this is that the extender must first have a decent wireless connection for a start. If you place it inside of a dead zone, it wont be able to connect to the base router. The simplest solution is to place them between the area where the connection is bad. This would increase the range by 50%.

Overview of the technical features of the product

Should you buy it?

Yes, it’s a must for anyone who wants to expand the network at home. This is a great router, and if you really need an extender then you will surely want this, it’s worth every dollar you spend on this router. With this router, you can easily create your own powerful advanced wireless network. Enjoy all the advanced router features Nighthawk offers and effortlessly create your own Wi-Fi network by adding the Tri-Band WiFi range extender. You now have the flexibility of customizing networks in 2.4 and 5 GHz networks. Use the SSID of your existing router to create a single network or use multiple SSIDs to create separate networks. 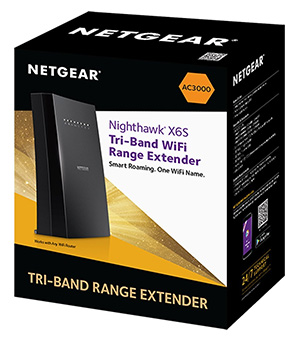 There is no doubt that it is the most powerful WiFi extension on the market. The Nighthawk X6S Triband wireless range extender supports your WiFi at speeds up to 3Gbps. From your garage to the backyard, eliminate dead wireless zones and extend your wireless coverage to hard-to-reach areas of your home. The X6S Range Extender uses the same wireless network name (SSID) as your existing router. Devices can automatically connect to your router and extender without having to manually switch between each devices.

How To Connect To WiFi With An Android Phone